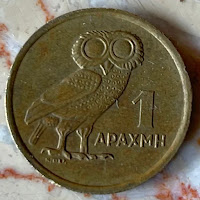 Looking for Mr. Sprinkle's silver If the world of numismatists – coin collectors – has a white whale, the Sprinkle dollar could rightfully lay claim to the title. Carter County has a rich history of outlaws and counterfeiters, but Jacob Sprinkle's silver dollars hold a unique spot in that history. Sprinkle's dollars weren't counterfeit in the traditional sense. Most counterfeit coins used base metals in place of precious metals, and they were made to look like legal U.S. tender. Not Sprinkle's coins though. His dollars were not replicas of the silver dollars coming out of the U.S. Mints, but featured their own design. An owl was inscribed on one side of the coin, and a six pointed star on the other. A one drachma coin with an owl. They weren't made from base metals either. They were minted from precious metal. In fact, during the court case against Sprinkle for counterfeiting, which took place in Grayson around 1840, it was found that the purity of the si
Post a Comment
Read more

Sonic the Hedgehog turns 30 this year. If he were human, the eponymous speedster – “born” today, June 23, 1991, when his first game released for Sega Genesis – would be a Millennial. Like his much maligned generation, while you may love him or hate him, there is no denying the speedy blue hedgehog’s cultural significance.  That original Sonic the Hedgehog game has spawned a number of sequel games, in addition to a comic book series published by Archie Comics, at least two animated shows (the original, poorly drawn cartoon featuring the voice of Steve Urkel, Jaleel White, and a later series with higher production value and an anime inspired style), and a live action/CGI movie.  The story told over the course of those games, shows, comics, and film is convoluted, inconsistent, and sometimes downright confusing. The basic premise is that Doctor Robotnik, née Eggman, is an evil genius who wants to take over the world (or the multiverse) and Sonic and friends have to stop him. The
Post a Comment
Read more 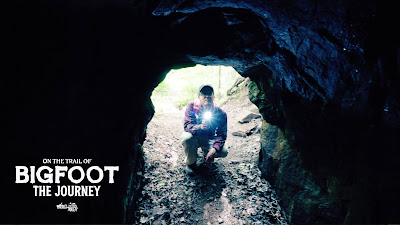 From the opening moments of On the Trail of Bigfoot: The Journey , you get the feeling it’s going to be a little different than the other Small Town Monsters productions.  Over the last several years, Small Town Monsters (STM) have released a number of films, on a variety of subjects from Bigfoot to Mothman to Dogmen and the weirdest of the weird in classic UFO sightings. But it all started with a trilogy of Bigfoot documentaries. Director/Producer Seth Breedlove and his crew have stayed busy since then, pumping out several films a year with the production value and content steadily improving.  But Whitehall, New York, and its Bigfoot sightings, the subject of Breedlove’s second film, the 2016 release Beast of Whitehall , has never really let go of the filmmaker. In his newest release, On the Trail of Bigfoot: The Journey , Breedlove returns to those upstate New York woodlands to explore the history and depth of reports from this region. Along the way he examines his o
Post a Comment
Read more

The Small Town Monsters (STM) films are among my favorite cryptid and folklore documentaries. Over the years director/producer Seth Breedlove and crew have looked at everything from the Bell Witch to UFOs, and Mothman to Bigfoot. But it’s that last one that got STM started. Breelove’s first three films, Minerva Monster , Beast of Whitehall , and Boggy Creek Monster , all focused on this particular cryptid.  While STM has branched out since then, they’ve come back to Bigfoot type creatures again, with MOMO: The Missouri Monster and their On the Trail Of…Bigfoot mini series.  It’s one they’ll be coming back to again with two new feature films in the On the Trail Of… series, On the Trail Of Bigfoot The Journey , and On the Trail Of Bigfoot The Discovery as the year progresses.  While we have to wait to see what those new films will bring us, those jonesing for some STM Bigfoot content prior to the full public release of The Journey this June (Kickstarter backers alread
Post a Comment
Read more

It’s free games time again!  Honestly, it’s free games time all the time if you do a little searching – and take advantage of services you might already be paying for like Amazon Prime that include gaming assets and full games. (Seriously, check out gaming.amazon.com if you have a Prime account and get your free games.) This week, though, we’re looking at the Epic Games Store again. Instead of the typical one or two free games, beginning Thursday, Epic will feature three free games to claim and download. There are no catches. No hidden costs. Just create an Epic Games account – you can even log in with your already existing PlayStation, Xbox, Nintendo, or social media accounts – and download the games. They are yours to keep forever. The first is the complete collection of the Deponia series. The adventure comedy, with plenty of puzzle elements, is rated M for Mature gamers age 17 and up. So, despite the cartoon like visuals, this isn’t a freebie you want to
Post a Comment
Read more

Lights in the sky puzzled farm workers and spouses Something atypical was going on in 1922. Local people were seeing strange lights in the sky, according to an article appearing in the Carter County Herald. But what they were, no one could say. The word UFO hadn’t entered the lexicon yet.  The modern UFO era wouldn’t begin for another 25 years after the article in question – almost 25 years exactly, when Kenneth Arnold spotted nine objects flying over Mount Rainier on June 24, 1947 that he described not as saucer shaped, but as moving like “a saucer skipping over the water” inadvertently helping coin the term “flying saucer” – but in July 1922 the Carter County Herald reported on some strange lights spotted on the edge of town by Bennie Gearhart and Willie Sexton. Gearhart and Sexton fetched their wives to see the lights too, which the two couples watched for several minutes as they moved about, merged together, and changed color; behaving for all the world like the stran
Post a Comment
Read more 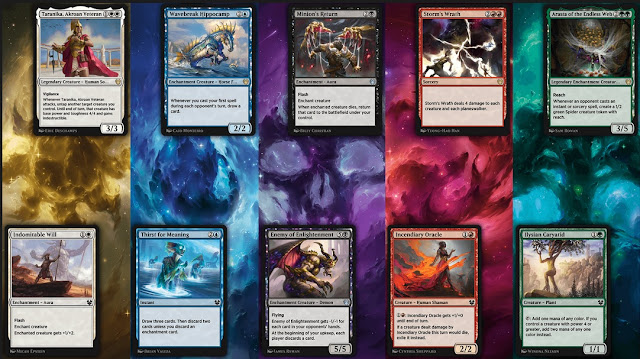 Playing collectible card games on the computer I graduated high school in 1993, the same year Magic: The Gathering was released, and I’ve been intrigued by the collectible card game ever since. I bought some of the cards – though I didn’t really have anyone to play with back then – read some of the comics and novels, and really enjoyed the idea behind the concept even if I didn’t really play.  Several years later I’d make a friend who was really into the game. He helped me build useful decks from the random cards I’d collected over the decade since the game launched, gave me some strategy pointers, and really helped me understand how nuanced the game could be.  I’d also play several different video game versions of the game, starting with the PlayStation 3 version of Magic: The Gathering – Duels of the Planeswalkers . I found that I actually preferred playing against a computer opponent rather than a flesh and blood opponent. The thing is, there aren’t too many casua
Post a Comment
Read more
More posts