Last week Epic Games only had one freebie title, Hue. Conan Exiles had been on that list, but dropped off for an unexplained reason. Maybe we'll see it at a later date, maybe not.
This week Epic seems intent on making up that disparity with three free games. Between now and next Thursday you can pick up Killing Floor 2, Lifeless Planet: Premier Edition, and The Escapists 2 at no cost. Simply log-in to your Epic account (or create one) and add the games to your cart before checking out. The games will be available in your account to download after you install the Epic Games Launcher (if you haven't already).

Killing Floor 2 and The Escapists 2 are sequels, and should give you more of what you expect if you've played previous games in the series. The Killing Floor series are cooperative first-person shooters from TripWire Interactive where players face off against ZEDs, zombie-esque genetically manipulated "clones" with different abilities and mutations.
The Escapists games are strategy escape games, played from a retro top-down perspective. Think "Prison Break" as a video game, and you get the idea.
The game that really intrigues me, though, is Lifeless Planet. An astronaut on a mission to the eponymous lifeless planet finds an abandoned Soviet era settlement, leading to suspicions about the nature of his mission until he's saved from some an unnamed "strange and deadly phenomenon" by a "mysterious young woman." At least, that's what the game flavor description says. I haven't played any of it yet, but I plan to as soon as possible. Based on game descriptions and video that I've seen it looks like a cross between your typical action-adventure game with the stark, abandoned environs and exploration/discovery of Everybody's Gone to the Rapture, a game that I enjoyed immensely on PS4. If Lifeless Planet proves to be half as engaging as Everybody's Gone to the Rapture, it's going to be a fantastic experience, and with the low price of "free" you can't really go wrong.
Killing Floor 2 is rated M for Mature, while Lifeless Planet is rated T for Teen. Neither game in The Escapists series has an ESRB rating for the PC versions, but the original game has some of the expected prison violence, and The Escapists 2 is rated T for Teen in its PS4 incarnation, so the free PC version from the Epic Store is probably not suitable for younger gamers either. 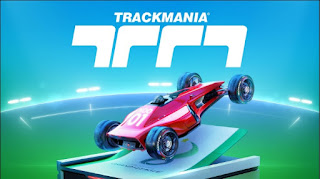 If you are looking for a fun game to play with younger gamers, check out TrackMania Nations, from French publisher Ubisoft, also free on the Epic Games store as well as on the Steam store. TrackMania is an older game, with the version on the Steam store dating from 2008. But the version available on the Epic Store is the latest update, released in July of this year. Both versions feature a track editor, allowing you to design your own race tracks, as well as downloadable tracks. One of the neatest features is the "ghost racer" which allows you to test your time against the efforts of other racers who've already completed the course rather than against computer A.I.
If you loved games like ExciteBike on the Nintendo Entertainment System growing up, as I did, you'll enjoy the experience of TrackMania; especially sharing it with your kids, who won't roll their eyes at the graphics experience the way they might at those classic console titles.
Killing Floor 2, Lifeless Planet, and The Escapists 2 expire on Thursday. Next week's offering is the top down fantasy dungeon crawler TorchLight II.
Epic Games free games Steam