Why don't narrative games get the respect they deserve? 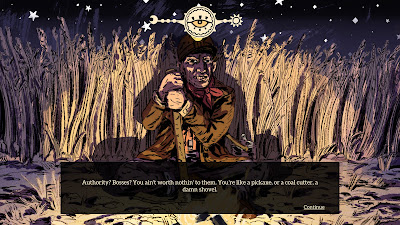 I'm a fan of games that tell a story. In fact, back when a certain famous film critic was claiming that games would never be, and could never be, art, I argued that some of the more compelling stories being told today were being told in video game form. I still stand behind that.
Good games can get players invested in a story the same way that films and novels can. The original Red Dead Redemption, for instance, addressed its title theme of redemption, as well as forgiveness, mercy,selflessness and sacrifice in a way that would not have been as compelling from a film. The player makes those decisions that lead to a penultimate climax, one that – if they play like I did – they replayed over and over trying to change before accepting. How they played the game, and whether they stuck to the straight and narrow or bent the law to get there, might have influenced their feelings about whether main character John Marston deserved his fate, but none who have played it can deny the power of that scene.
Red Dead Redemption isn't alone in hitting all those buttons. The BioShock series, especially the first game, also wrestles with tough moral decisions. I've also argued that it has the potential to incite better discussion and considerations of the possible dangers of completely unregulated and market driven research and development – and what entrepreneurs owe to the societies that helped make them – than many graduate level sociology courses.
The Mass Effect sci-fi RPG games from BioWare and their sister series in the fantasy world, Dragon Age, address big issues like prejudice, social stratification and social mobility, and familial responsibilities, all while allowing players to set their own moral compass. They do this while also telling compelling and engaging (not you, Mass Effect Andromeda, sit down) stories that blend seamlessly with stellar gameplay.
And maybe that's where they win out. They all have stellar gameplay. Red Dead has gun fights and horse wrangling and basically feels like you're playing a Clint Eastwood movie. BioShock, Mass Effect and Dragon Age all have deep and customizable combat systems – the second two wit multiple options for multiple characters – that allow players to adapt their combat choices to their preferred play style. Even if you have no interest in the story, you can enjoy the combat.
But what about games with no combat? Or, in the case of some of the TellTale games, quick-time entry for combat that doesn't really effect the outcome of the story? These tend not to do as well, which is sad, because there are some great games in that category. The TellTale games, featuring popular franchises like Batman, The Walking Dead, Jurassic Park, and Game of Thrones, among others, are probably among the most popular narrative driven games. But even that wasn't enough to keep TellTale solvent. In 2018 the studio announced bankruptcy, pending closure, and layoff of all staff except those necessary to meet contractual obligations. Though the company has since been revived, narrative driven games still don't get the kind of respect they deserve. 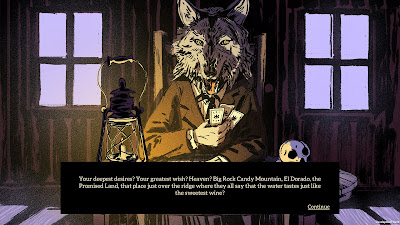 But, if you're now intrigued about the idea of game-as-narrative, tomorrow might just be your lucky day. One of the Epic Games Store's free games starting Thursday is Where the Water Tastes Like Wine, by developers Dim Bulb Games and Serenity Forge. The Depression Era game, which casts you as a vagabond with a bindlestiff on your shoulder, looking to repay a debt as you wander the countryside, is completely narrative in nature. As you wander, you meet and interact with others who share their stories with you. As you build your relationships, and learn more about the others you encounter, you get closer to having the resources necessary to repay the debt you've incurred.
Though the game had great critical acclaim when it launched in 2018, that acclaim didn't translate to commercial success. Creator Johnnemann Nordhagen said he couldn't discuss exact numbers, but in his postmorten of the release he wrote that the game sales were stagnant.
"(I)n the first few weeks fewer people bought the game than I have Twitter followers, and I don’t have a lot of Twitter followers," Nordhagen wrote. Despite the critical acclaim and attention of the gaming press, and voice performances by the likes of Sting, the game "failed... hard," Nordhagen wrote, adding that he, "(wasn't) sure games like this one can continue to be made in the current market." 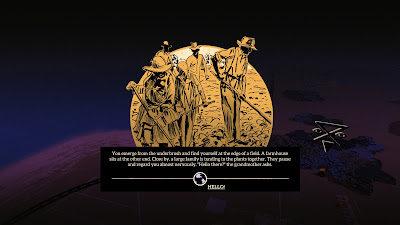 If he's right, it's a sad loss for the gaming community and for fans of good stories – as well as for the writers, artists, and developers who work on games like this one. But don't be swayed by my enthusiasm or Nordhagen's pessimism. Check out Where the Water Tastes Like Wine yourself starting tomorrow. The game will be available to download for free from the Epic Games Store at https://www.epicgames.com/store/en-US/product/where-the-water-tastes-like-wine/home from Thursday until this time next week. At the cost of free, what do you have to lose? (Other than maybe your preconceived notions about what a game should be.)
Share your thoughts on the game with us, in the comments below, or email me at jeremy@latetothegames.com.
Originally published in the Carter County Times. If you'd like to run Late to the Game(s) in your publication, please email for syndication options.
Epic Games free games games as art PC