Gaming on the tiny screen 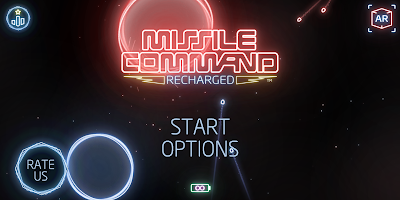 As gamers, we spend a lot of time talking about the difference between one console and another. We complain about PlayStation exclusives and Xbox exclusives, or how Nintendo always does their own thing without taking any feedback from their consumers to heart. Then there are the PC gamers who look down their noses at console gamer plebeians. It’s all well trod territory that’s revisited every time there is a new console generation ready to launch (as happens this holiday with the launch of a new Xbox system and the PlayStation 5, and Nintendo once again doing things on their own timeline with no concern for what the other console manufacturers are planning).

But, lost in the hustle and bustle of Microsoft and Sony drawing battle lines, the smirking laughs of PC gamers and Nintendo out in left field chasing butterflies, is the role of mobile phones and tablet devices in the gaming world. For some time the mobile device was relegated to the world of “casual” gamers. Playing games on the phone wasn’t for “hardcore” console or PC gamers. It was the realm of crushing candy and flinging surly birds; something you did to waste time between meetings or while waiting to have your oil changed, but not anything to be taken seriously. But is that the case anymore? Or is it finally time to take mobile gaming seriously?

One of the chief complaints about many mobile games are their monetization schemes. So-called “free to play” games often take from you in time what they save you in money. One way they do this is with the cool down strategy. That monetization scheme requires you to wait a significant amount of time between completing different tasks in the game. The options for the person playing the game are to either wait for that cool down to end and energy or life to recharge before continuing, or to spend a couple of dollars to unlock the full game which removes all cool downs. Another variation on this allows you to pay a smaller amount for coins or tokens or other virtual currency that you can spend to recharge your character and prepare for the next chapter in the story or the next fight. This scheme, rather than having you pay a one time fee for a complete unlock, keeps the gamer pumping money into the game’s “shop.” In some ways it’s similar to the old arcade model, where kids spent the day shoving quarters into machines so they could continue playing the game and advancing without starting over from the beginning. In some cases the games being played in this way are based on old school arcade games. Games like Pac Man and Missile Command, staples of the arcade era, are returning to that model in the era of the mobile phone with some success.

Missile Command on Android, for instance, allows you to completely bypass all cooldowns with a one-time purchase. I installed the game with a review code, so I never had to deal with waiting on a cooldown to keep playing, and I have to admit that I love playing this way. Not only is the arcade classic well suited to the touch controls of a mobile phone, allowing those with a mind for patterns and trajectory to quickly touch where they want a missile to hit and intersect with the projectiles falling toward their city, it’s an excellent reminder that the “hardcore” games of today have nothing on the difficulty levels of those old arcade games, designed to keep you feeding quarters to the machine, or the first console games to come along which still followed that strategy of having higher levels nearly impossible to beat without a solid strategy and lots of practice.

Pac-Man 256, also based on a classic arcade quarter muncher, makes effective use of touch controls too. The game allows you to progress between levels after watching an advertisement, an interesting monetization scheme that allows players to enjoy the game without shelling out cash. But it also has a paid option. It’s one a lot of gamers complain about though. The Pac-Man 256 “power-ups” that can be purchased with real money amount to what many gamers derisively refer to as “pay to win.” It isn’t the worst example of it, but it’s something to be aware of.

There is still another way to enjoy these classic games, and others, if you are comfortable operating in the gray areas of the internet. Most modern phones have more processing power than the average home computer of 20 years ago, so it’s no problem to utilize applications called emulators to play older games on your phone, if you can legally access the game files, which are typically called ROMs. What these emulators do is mimic (emulate) the source code of old school arcade cabinets (MAME) or early consoles like the Atari 2600, NES, Super Nintendo, Sega Genesis, DOS based computer games, and more.

Finding the emulators is easy. The challenge, at least as far as legality, is obtaining the ROMs of these older games. If you own the games in question you can pull the data directly from the cartridge with some hardware experience and a desire to learn. You can also legally download the game in question, as long as you maintain ownership of the original game cartridge and aren’t distributing or sharing it. There are risks though. Unless you rip the ROM yourself, a technical process that requires special hardware for most cartridge based game consoles, you risk picking up viruses from the downloads. (The original PlayStation is one of the easier consoles to pull game files from. All you need is a good CD-ROM reader on your PC to access the information stored on the game discs.)

You can also enjoy these classic games without running emulators. A lot of the games that older generations grew up playing on the original PlayStation, PS2, and original Xbox are now available for purchase in a format designed to be played on the phone with touch controls. Games like early entries in the Grand Theft Auto series, Tomb Raider series, and the Knights of the Old Republic have versions of those games available in mobile marketplaces for reasonable costs. In addition to being designed for play on a touchscreen device, so you don’t always have to deal with on screen controls blocking the view of the game the way you might for games run through an emulator, these games let you scratch your nostalgia itch. Or, give you a chance to try out classics that you never got around to playing during their original console life cycle.

Share your thoughts on the game with us, in the comments below, or email me at jeremy@latetothegames.com.

Originally published in the Carter County Times. If you'd like to run Late to the Game(s) in your publication, please email for syndication options.